•    Common sources of electric current are cells and batteries (collection of cells) of various shapes and sizes.

•    Electricity generated on large scale by Thermal Power Plants and Hydroelectric Power Plants is supplied to our homes and offices. 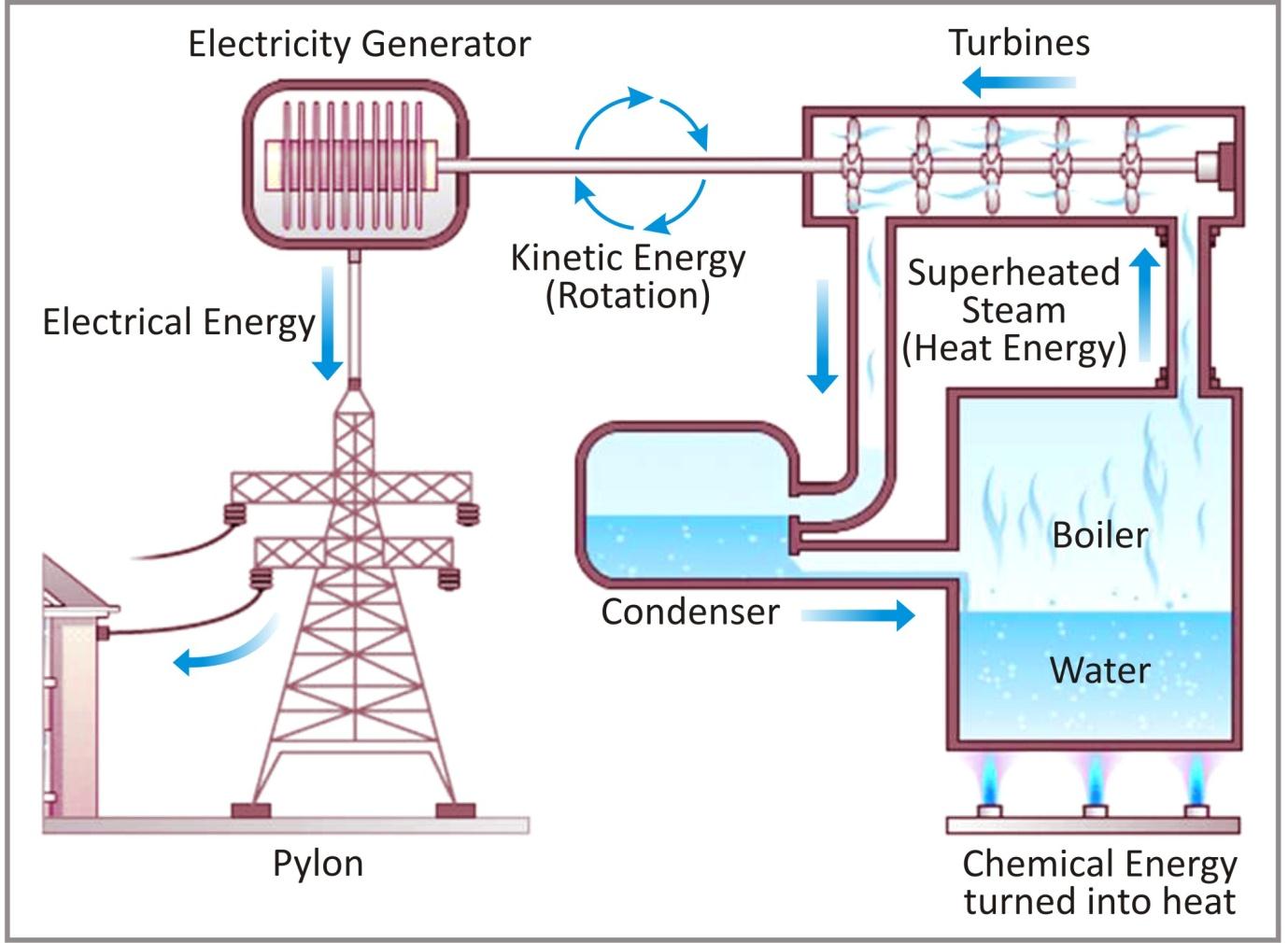 •    In a conventional thermal power station, a fuel is used to heat water, which gives off steam at high pressure. This in turn drives turbines to generate electricity.

Thermal power plants are classified by the type of fuel used

•    Renewable energy plants may be fuelled by waste from sugar cane, Municipal solid waste, landfill methane, or other forms of biomass

•    Solar thermal electric plants use sunlight to boil water, which turns the generator

•    Hydro power is the process of changing the kinetic energy of flowing water in a river into electrical power that we can use.

•    It’s one of the cleanest sources of energy, and it’s also the most reliable and costs the least.

•    A dam is built where there is a natural lake or a big river in a valley.

•    The dam is used to hold the water and create pressure so that the water can produce more electrical power.

•    There is gravitational potential energy stored in the water and this energy is used to turn generators and produce electricity.