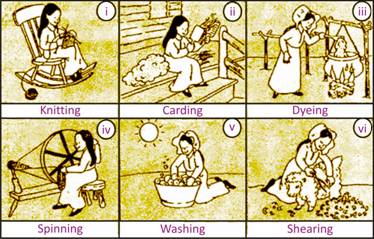 (b) Weaving uses two sets of yarn, whereas knitting involves only one yarn